MELS' DRIVE-IN: THE TRUE STORY OF THE WORLD'S MOST FAMOUS DINER - PART I


When it comes to eateries, the name "MELS" instantly strikes a familiar chord with anyone who is a fan of George Lucas' classic, American Graffiti.  The original drive-in that was a distinctive element in the 1973 film, is sadly, no longer standing.  However, thanks to the everlasting popularity of Lucas' tribute to his teenage years, the intriguing original structure, that once stood in a large parking lot in San Francisco, has become an icon and will continue to be the object of intrigue, fascination, and appreciation, for folks like myself, for a long, long time.  So, it is with this self-professed “obsession” that my next two entries in Kip Pullman's American Graffiti Blog will be the subject of, (and a tribute to), the original MELS DRIVE-IN. 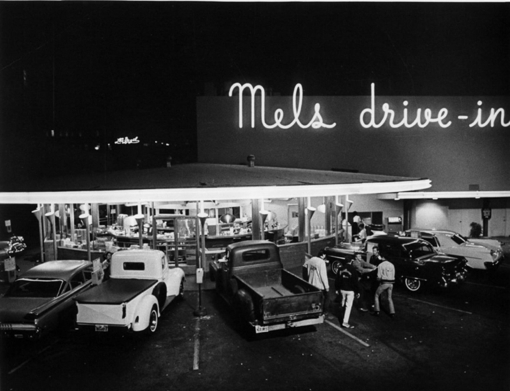 Anyone who has seen the 1973 film, American Graffiti remembers the large neon sign buzzing in the background exclaiming, Mels Drive-in.  Burger City or Mels was the hub of the gang's activities and the place where the kids in the film converged. At the beginning of Graffiti, the main characters are all introduced one-by-one, as each shows up at the local carhop drive-in.   Even though the story allegedly takes place in Modesto, California, the scenes at the carhop eatery were actually filmed at the very first Mels drive-in, formerly located at 140 South Van Ness Avenue in San Francisco, California.

Although Texas was fertile ground for the very first drive-in restaurant, the state of California is where the concept first really took off.  Warm climate made eating in one's car convenient, consequently most drive-ins in California first appeared in the southern portion of the state.  However, in 1947 when the post-World War II economy was booming, Mel Weiss along with San Francisco lawyer and politician, Harold Dobbs opened the first drive-in restaurant in San Francisco.  The plans for the building were created and completed by Bay Area architect, Mario L. Gaidano on August 15th, 1947. The actual building of the drive-in may have been completed by Harold Dobb's father who was a professional carpenter. The grand opening of the enormous restaurant took place two days before Christmas on December 23, 1947.

In a 1991 interview with the Modesto Bee, Mel Weiss recalled that when the carhop eatery first opened they only expected modest success.  However, much to their surprise the restaurant was a hit from the start.  "We did $120,000 the first month," he recalled.  If Mr. Weiss recollections are correct, the drive-in’s first months gross almost paid for the cost of building the entire restaurant. The cost of building the super drive-in was approximately $135,000. 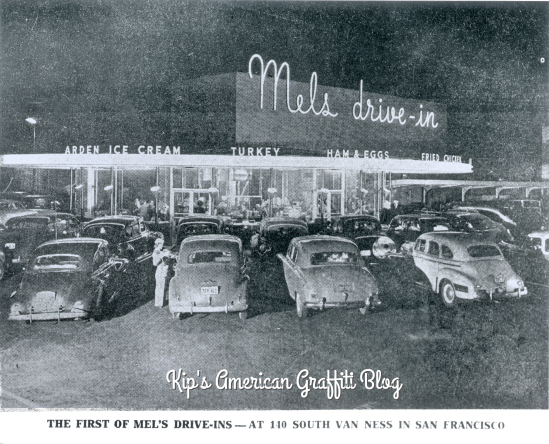 The original location of Mels drive-in was at 140 South Van Ness Avenue near Mission Street and was the perfect location.  It consisted of ample grounds, attractively landscaped with the capacity for 110 cars, and a two-story rectangular building.  The distinctive Streamline Moderne structure had great expanses of glass that wrapped around the circular dining portion of the building and a foundation of orange tile. It's round shape suggested the mobility of a flying saucer ready to spin off into outer space.  And, like the aerodynamic wing of a jet, a roofing canopy (with smooth edges and recessed lighting) stretched alongside the rectangular portion of the building to cover cars. During the later part of the 50s, the appearance of automobiles with flared, rocket-like tailfins were a perfect match for the building’s mobility imprinted design. 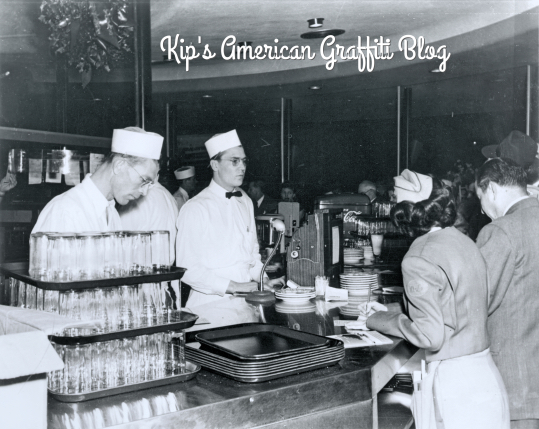 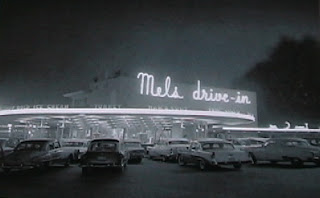 With an indoor customer capacity of 75 people, the interior was typical diner style with plenty of Formica tabletops and booths framed in chrome and upholstered with orange Naugahyde. In the center of the main floor, a row of stools faced a circular dining counter that wrapped around two complete soda fountains and a battery of pie cases and coffee urns. The original cooker had the ability to turn out 180 hamburgers per minute. A large staff of cooks, dishwashers, and servicemen were part of the Mels staff that kept their business thriving.


MORE OF A GOOD THING

Motivated by the success of their first drive-in, in July of 1951 Mel Weiss and Steve Dobbs opened their second Mels located at 5199 Mission St. near Geneva in San Francisco. About two years later the 3rd Mel's in San Francisco opened for business. 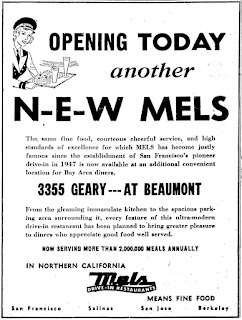 Located at 3355 Geary Blvd. near Beaumont St., the drive-in employed Weiss' son, Steven who worked as a soda jerk during high school would later be inspired to open a Next Generation Mels drive in in the exact location where the original once stood.

In the mid-1950s California became the North American state with the highest rate of car ownership in the nation. Witnessing the growth of the automobile culture, Mel Weiss and Harold Dobbs began expanding the San Francisco-car service based restaurant into a successful chain. 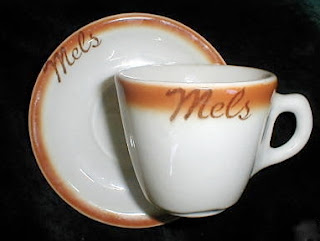 By 1954 the Mels franchise was pulling in about $4 million annually. It was estimated by Weiss that they were cooking up 15-20,000 hamburgers a day.  But, the menu consisted of many more items than just the Melburger.  Along with the proverbial beverages, desserts and fountain specials, the Chicken Pot Pie for .85 cents was a popular item. In fact, the choices of American-style food were almost endless. Depending on the individual restaurant location, one could order Half Fried Spring Chicken (like mother used to make), Roast Young Tom Turkey, Fried Jumbo Prawns, a Chef's Salad Bowl, Thick Top Sirloin Steak & Eggs with potatoes or sandwiches such as the Mels' Pore Boy, (with a full pound of choice ground beef on a quarter loaf of French bread served with salad). 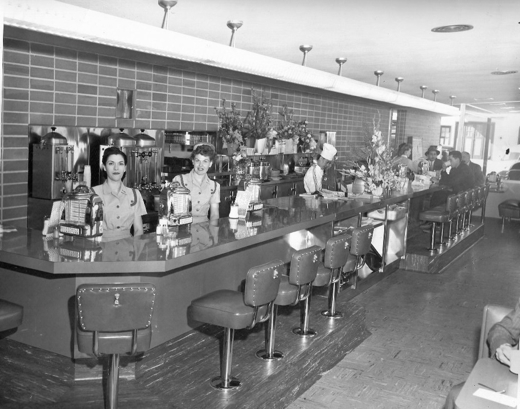 Waitresses at the Mels on Geary Blvd pause to smile for the camera. The location became a Pacific Stereo store for many years beginning in the late-1970s, but then reverted to it's iconic self once more in 1984, before the turn of the century.


Mels became a fixture of contemporary life, with lurid neon lighting, carhops, and a pre-fast food menu. During the 1950s and '60s you could find one or more Mels drive-ins located throughout Northern California, in San Francisco, Oakland, Berkeley, Sacramento, San Jose, Walnut Creek, and Salinas.