Hello, fellow Graffiti addicts!  Welcome back to KIP'S AMERICAN GRAFFITI BLOG. Today's post is a recent reprint from Petaluma's local paper in May of 2016. CHECK IT OUT!!!

With the classic car show season rapidly approaching, many Petaluma car buffs are getting prepared by busily detailing, polishing and fine tuning their well-preserved hot rods, custom cars and roadsters. Motivated by a rock ’n’ roll soundtrack, they’re eager to turn back the clock to their coolest memories of toolin’ town by celebrating Cruisin’ the Boulevard’s annual Salute to American Graffiti on May 21. And since the homegrown car show and parade is all about reliving cherished car-culture memories, I asked lifelong Petaluma resident Jim Bergstrom, a 1958 graduate of Petaluma High School, about his recollections of that era.

While you may not recognize Bergstrom on the street, it’s quite possible you’ve noticed his eye-catching, fire-engine red 1941 Ford pickup, which he’s been toolin’ around in since he bought it in 1960. His pickup was also featured in a memorable scene from the movie “American Graffiti,” shot on Kentucky Street, where Curt (Richard Dreyfuss), encounters the Pharaohs.
The pristine pickup is also showcased in artist Elise Durenberger’s current promotional poster for the upcoming event, along with the iconic ’58 Chevy Impala, the ’56 T-Bird, and the yellow deuce coupe from the 1972 movie. 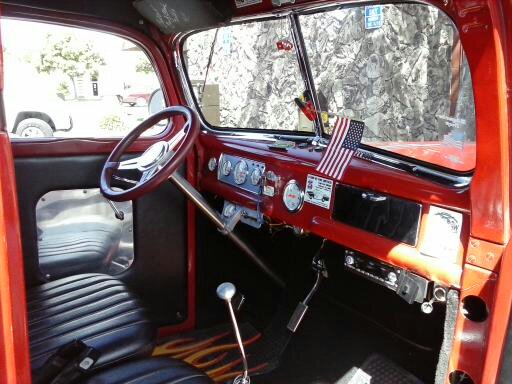 He’s been earning his own spending money since he was 11 years old, beginning with an Argus-Courier paper route, delivering the S.F. Call-Bulletin for distributer Clyde Gibby, and helping a veterinarian vaccinate baby chicks. While striving to become an auto mechanic, he worked for Pete Maggiora’s Mobil Service, Dillingham Flying A Service, Ed’s (Gerrits) Richfield Service, Tom Hooper’s Signal Service, Manuel Roche Auto Repair, Price-Roche Motors, and as an apprentice mechanic for Forrest Frey. Throw in a stint at Fred Hopkins’ Petaluma Shoe Repair, a caretaking job on Hopkins’ ranch and two different posts working on dairy farms, and it’s clear that Bergstrom was always employed.

“I think I knew just about everybody in town, which made it really easy to get a job,” said Bergstrom, without explaining why he changed jobs so often. 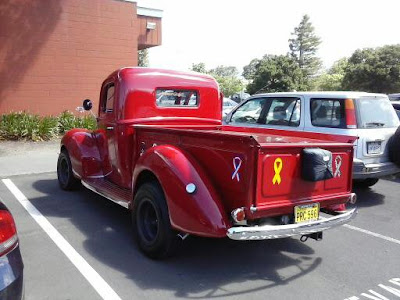 With attention focused on Cruisin’ the Boulevard’s parade of classic cars at the end of the day, Bergstom recalls stories from the good old days when the sound of squealing tires, peeling out, or “burning rubber” pierced the calm night air. He’s a throwback to those not-on-our-best-behavior days, admitting to the time he “just lit ‘em up” in front of Lund’s Drive-In and left a screaming trail of rubber, a performance that was witnessed by a traffic cop who didn’t buy his inevitable excuse of “my throttle stuck” and resulted in a disturbing the peace charge. And another incident, where he “smoked the tires” at a traffic light, before looking around and spotting his father in the car next to his.

In 1960, Bergstrom accepted a $2.37 an hour job as a pipe fitter at Mare Island Naval Shipyard, which blossomed into a 30-year career. He and his wife of almost 54 years, Leslie, were married May 25, 1962, which makes Cruisin’ the Boulevard’s question, “Where were you in ’62?” an easy one for him to answer. 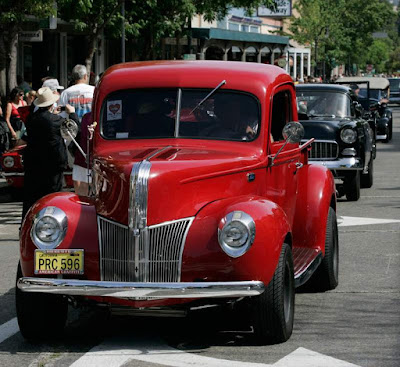 Jim I luv ya man! thanks for your hospitality. It was a pleasure meeting your wife, son & Connor at Petaluma Celebrates American Graffiti 2016. - Kip 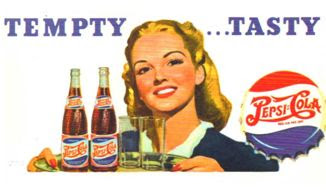