EVERYBODY WANTS TO BE A PHARAOH 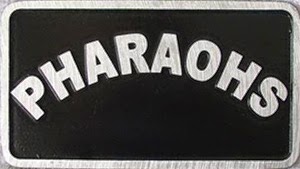 By contributing writer, Charlie Lecach
Even though their low-riding, Flathead powered Mercury is probably far from being the fastest car in the Valley, the members of the PHARAOHS [Bo Hopkins, Manuel Padilla, Jr, & Beau Gentry] are among the coolest kids in director, George Lucas’ 1973 nostalgic film, American Graffiti. These hoods appear to be the real badass guys who would eventually tie you to their rear bumper and drag you through Paradise Road or some other abandoned stretch of asphalt in Sonoma County (where parts of the movie were filmed). At least that’s what they would like Curt Henderson [Richard Dreyfuss] to believe but besides breaking into a few pinball machines and ripping off a police car’s rear axle, they don’t seem to be that bad. Just as most car club members from the 1950’s and 1960’s used to be in real life: Mostly grown up teenagers with cheap cars, trying to make them go faster, cruising all night to pick up girls and having fun “as usual.” 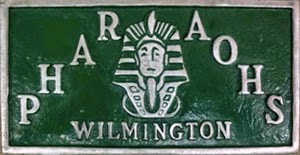 Thousands of these car clubs used to be spread all over the continent back then and it seems like each small town even hosted a few of them. Sometimes you could run into bigger organizations but most of the clubs consisted of 5 to 10 friends who chose a name, a logo, had a few car coats embroidered and some club plaques cast (quite often in a high school casting and foundry class). In the film, American Graffiti, PHARAOHS seem to be one of those smaller groups, as we just know about Joe [Bo Hopkins], Carlos [Manuel Padilla, Jr.], Ants [Beau Gentry] and most probably Gil Gonzales and Toby Juarez, who are mentioned in the dialogue. 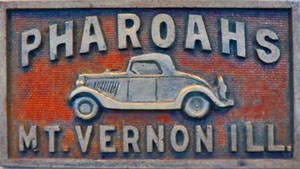 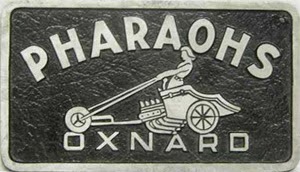 Back then, some clubs indeed preferred to spell their name PHAROAHS, like in Fremont, Seward, Mount Vernon, Mokes Lake, Tri Cities / WA or Concord. One club is known for spelling its name PHAROS and there was even one FAROS car club in Modesto, California, which was active between 1957 and 1973. Most likely, the name of the car club gang in Graffiti was inspired by the very same FAROS who cruised the streets of Modesto while director, George Lucas was growing up there in the late-1950s and early-1960s. 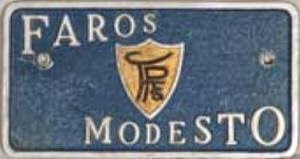 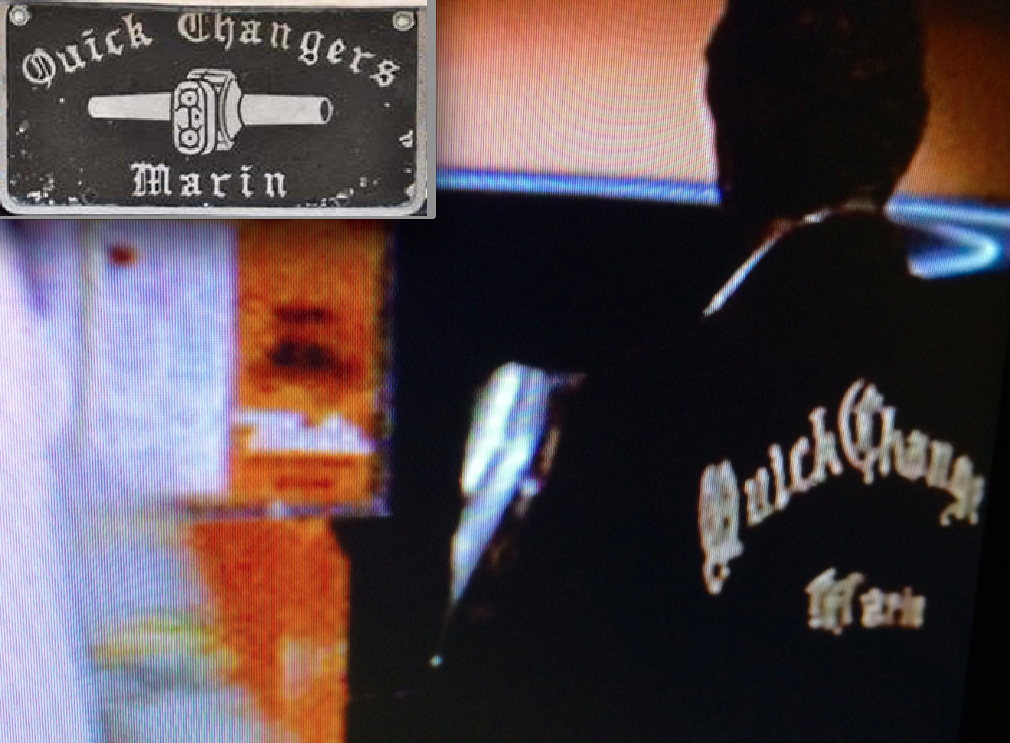 If you’re among those Graffiti fans who like to dissect each image of the movie, you might have noticed some other gangs hanging around in front of Mels. For example, after having spent the night with the Pharaohs, Curt [Richard Dreyfuss] is dropped off at the drive-in (originally located at 140 S. Van Ness Blvd. in San Francisco, CA). As he's walking to his Citroën 2CV Curt passes a few car buffs wearing club coats.  During this scene, at least two different clubs can be clearly identified: the Quick Changers and the Road Runners, both from Marin County. These clubs really existed and it’s most likely that some of their members were used as extras. After all, the few hot rods seen in American Graffiti - other than Milner’s Deuce which was a movie prop - must have belonged to some real hot rodders… Thanks to Bill Junge for the photos of these car club plaques. Bill has gathered thousands of images and just finished a new version of his old website, listing and showing all these cast aluminum plaques, http://carclubplaques.pairsite.com/carclubplaques.htm  If you want him to put you on his list of information to know when the new site will updated, please drop him a line: clubplaques@frontier.com
~ FIN ~
﻿
﻿
﻿
Posted by Mark aka Kip Pullman at Tuesday, July 15, 2014